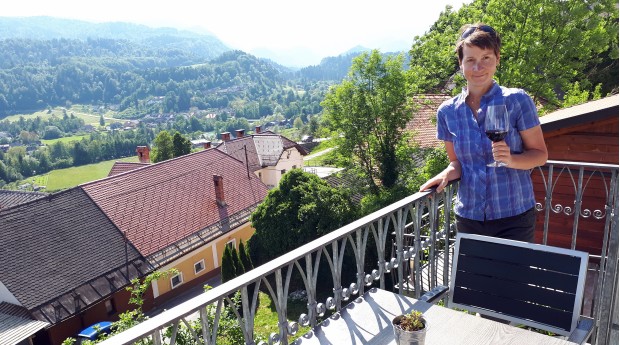 Where to for food with a view in Radovljica area

As someone who works at home, when deciding to eat out, it’s as much about a change of scenery as it is about the food – though of course bad food with a good view doesn’t cut the mustard! 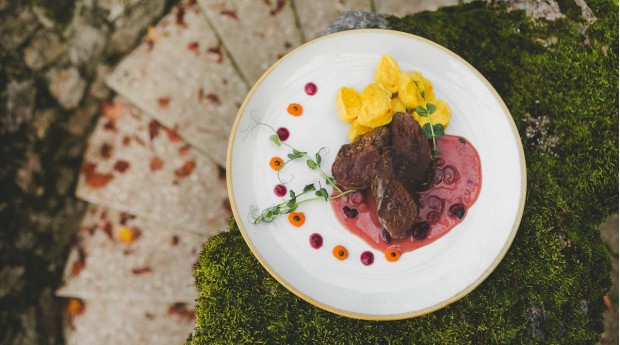 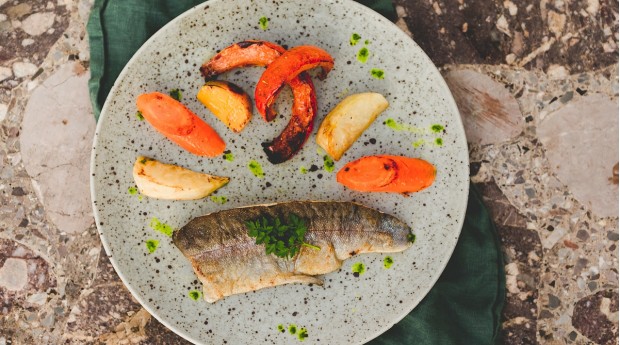 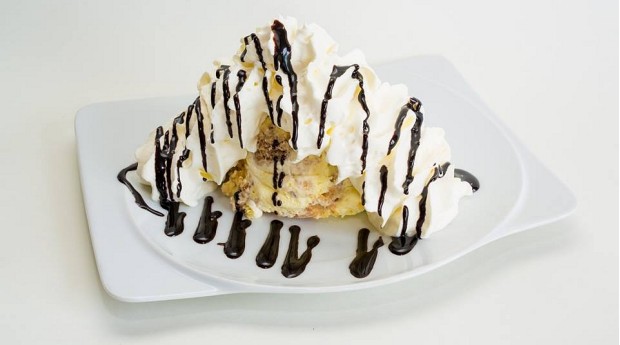 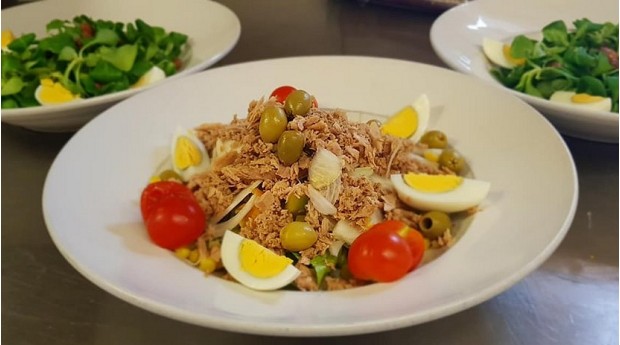 Fortunately, in the Radol’ca area that isn’t a problem, since there are plenty of restaurants that offer both good food and great views, or great food and good views – whichever way you choose to look at it!

So, here’s a rundown of some of my favourite places in Radol’ca where you can satisfy your tastebuds while marvelling at the stunning views of the surrounding peaks of the Julian Alps, the Jelovica plateau and the Karavanke mountains.

Hands down one of my favourite places to soak up the views whilst savouring the food is the Na Kležnk restaurant and patisserie at Lesce Sports Airfield. One can while away hours sitting on the terrace of the restaurant, looking at the views towards Triglav - Slovenian’s highest mountain – watching light aircraft and gliders come and go, or relaxing on the deckchairs at the adjoining café area.
Na Kležnk is particularly known for its range of great cakes, which includes a couple of gluten-free ones I’m pleased to say!

Sunday lunches are particularly popular (do book!), as are the daily lunch specials and a-la-carte dinners, which include a wide range of steaks and other meat, pasta, salads, fish dishes, pizzas, and Slovenian specialities, such as štruklji, and more. The restaurant is open from Mondays to Thursday from 11am – 9pm, Fridays from 11am – 10pm, Saturdays from 9am – 10pm and Sundays from 9am – 9pm.

Whilst in the area, you could even push the boat out and treat yourself to a panoramic flight over the Julian Alps!

Turning to the old town of Radovljica itself, you can’t go wrong when it comes to the views, not to mention the food, at the two traditional restaurants – Gostilna Avguštin and Kunstelj Inn - both of which are part of the Taste Radol'ca initiative.

Kunstelj Inn in situated just before the entrance to the old town centre. It has a tradition dating back to 1873 and is now run by the fourth generation of the Štiherle family. It is particularly known for its beautiful, shady terrace, where you can enjoy traditional Slovenian dishes. Much of the produce used in the restaurant’s kitchen comes from its own garden.

It is also known for its vine, which is a descendant of the oldest vine in the world from Maribor – as confirmed in the Guinness Book of World Records. Kunstelj Inn also has a fascinating centuries-old wine cellar. An interesting fact is that the ex-Yugoslav president, Josip Broz ‘Tito’, often used to frequent Gostilna Kunstelj, where he and his entourage would dine in the Hunters’ Room.

Gostilna Kunstelj is open on Tuesdays, Wednesdays and Thursdays from 6pm – 10pm, Fridays, Saturdays and Sundays from 12noon – 10pm. 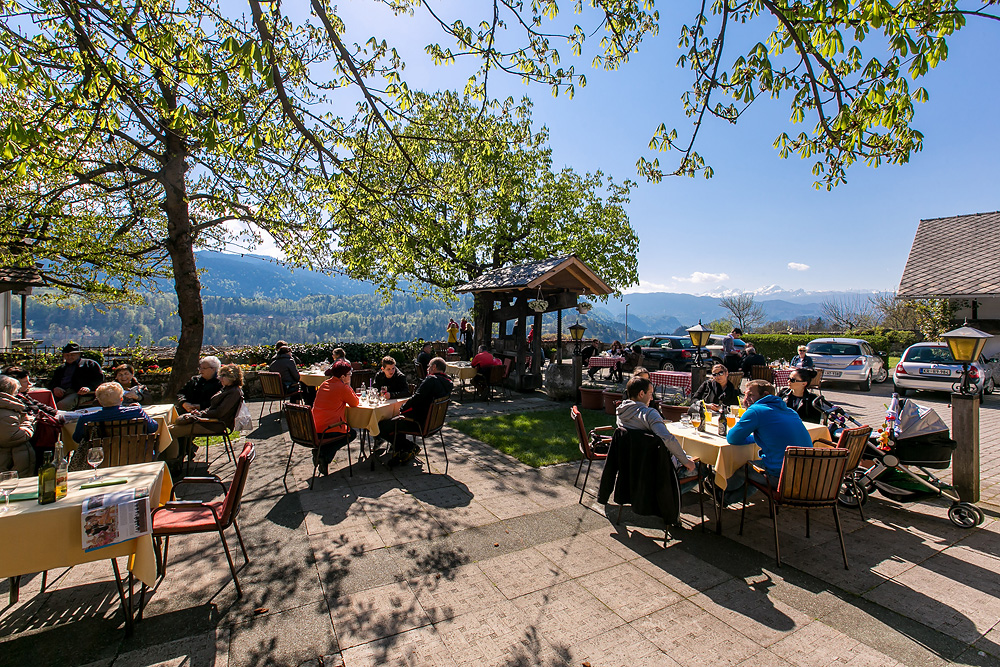 Gostilna Avguštin in located in the heart of the old town centre in Linhart Square. The restaurant dates back to the 19th century and has long been a favourite among both locals and visitors, particularly for the magnificent views from the terrace.

The restaurant is now run by a young, enthusiastic team, who have brought fresh life and an updated menu, which includes both Slovenian specialities as well as some modern twists – both savoury and sweet! 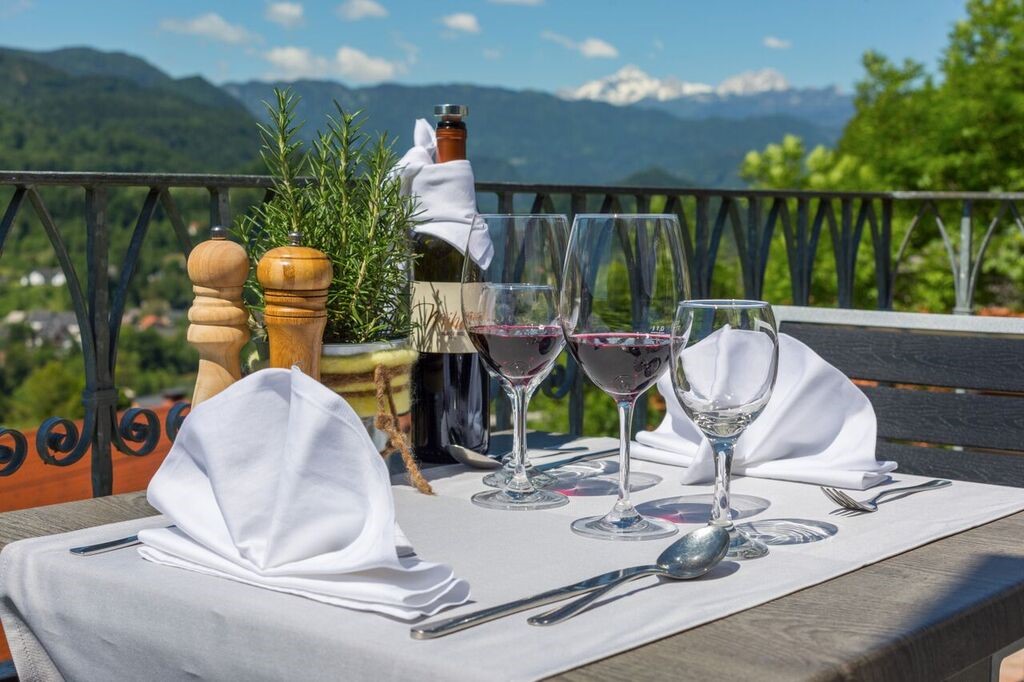 Lectar Inn, which is also in Linhart Square, is renowned for its traditional Slovenian food, though, of course, its is most known for its Lectar honeybread hearts and its homely ambience. Unlike the aforementioned two restaurants in the old town, the shady terrace at Lectar Inn has views in the opposite direction - towards the Karavanke mountains – which are equally as beautiful. 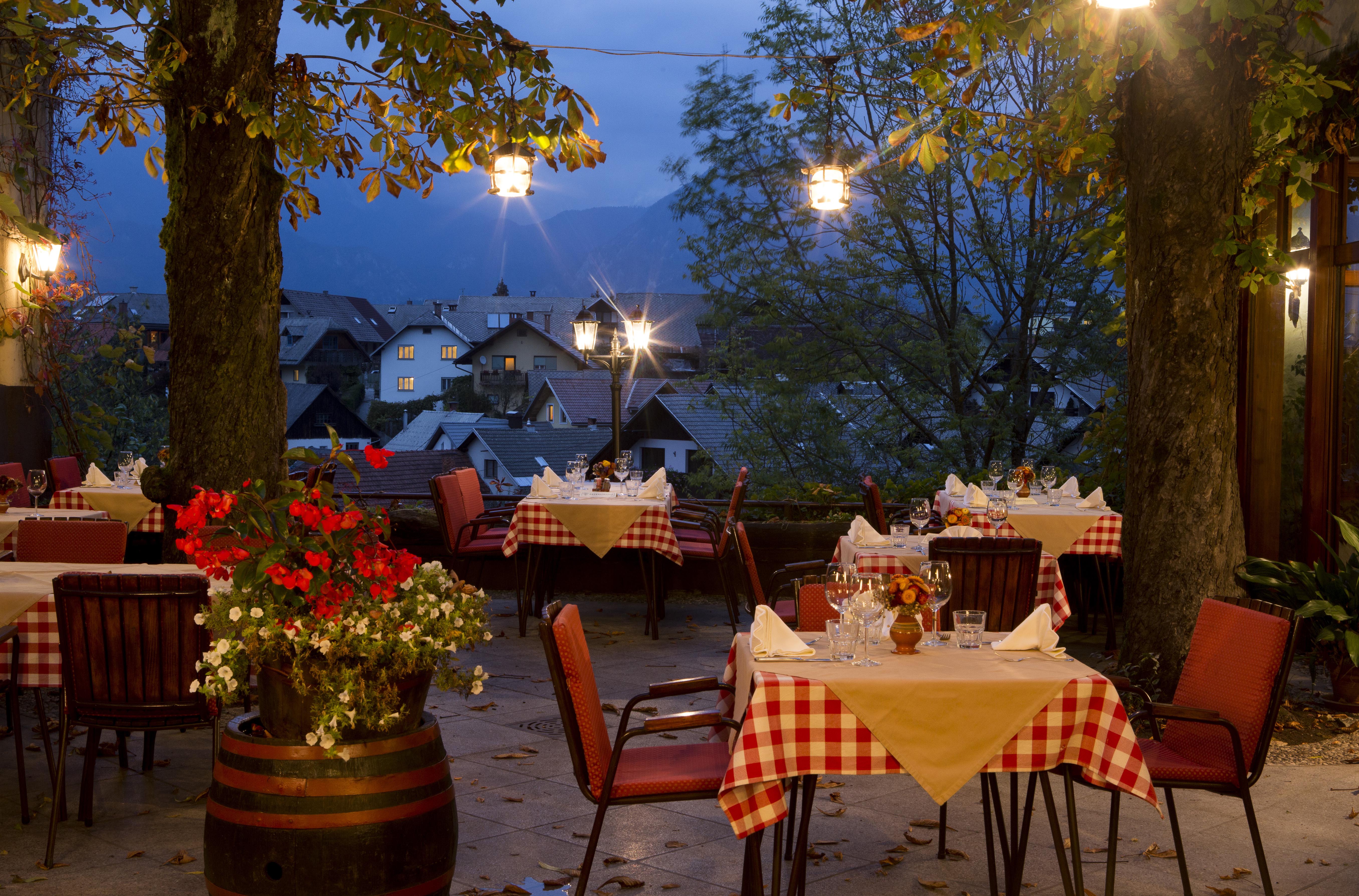 Another popular choice in terms of food with a view is the Leščan restaurant in Lesce, which has a large terrace offering wonderful views toward Bled Castle and the Julian Alps. It offers a wide choice of foods including burgers, stone-baked pizzas, pastas, risottos, salads, grilled dishes, and more. Daily light lunches are served, while takeaways are also available, which, as well all know, can come in handy at times! The restaurant is open daily from 11am to 11pm.

But that’s not all! There are also other great restaurants in the Radol’ca area - too numerous to mention here – and, let’s face it, there’s no such thing as a bad view here! So, read more and take your pick. 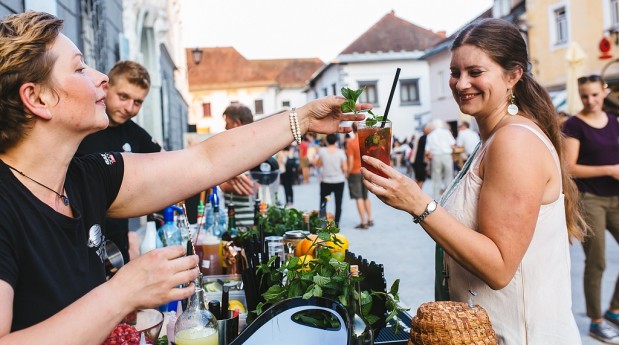 Thursdays in the square
Every Thursday in July, Linhartov trg, Radovljicca

Summer evenings are perfect for concerts and local street food. 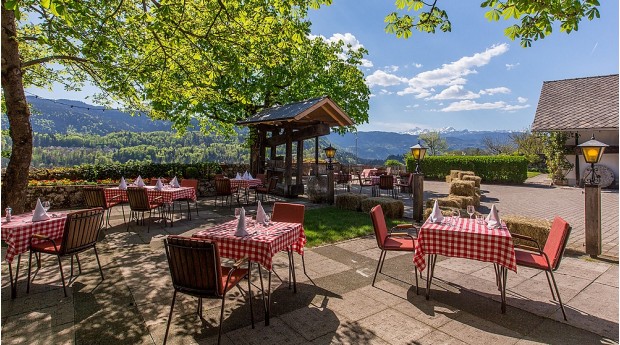 Kunstelj Inn is known for its traditional dishes. In summer dishes are prepared using ingredients direct from the inn's garden. 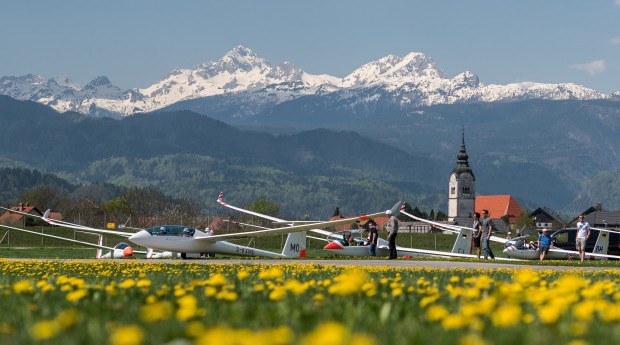 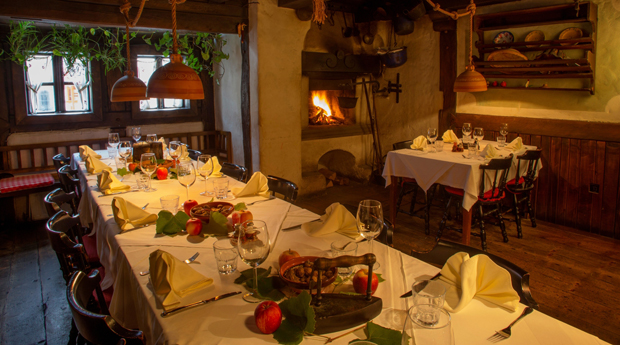 Visitors to Lectar Inn are charmed by its homely atmosphere and tradition. Enjoy traditional Slovenian dishes in the pleasant ambience of the restaurant or on the shady terrace.