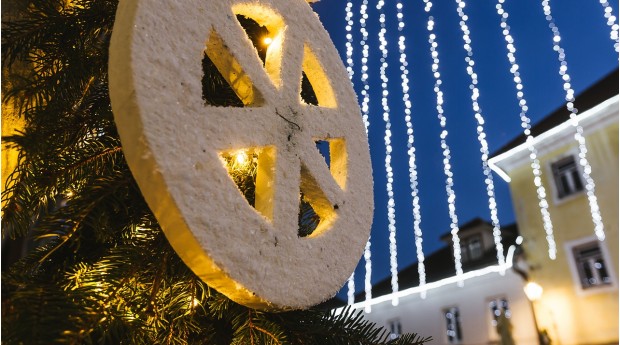 The wheel and Radovljica

This year's decorations in Radovljica mark a return to tradition and the past. The symbol of a wheel is inescapably linked with our town and we have put together a number of reasons why we feel such immense affection for it. Read on to find out more. 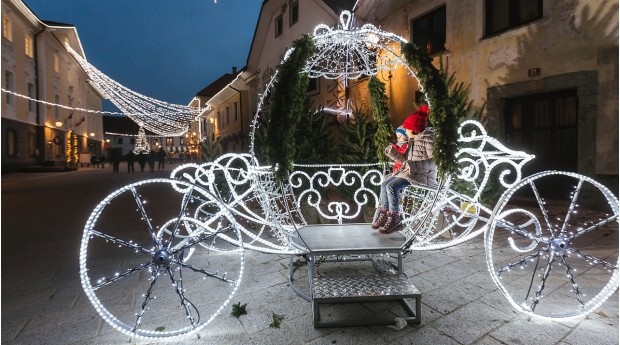 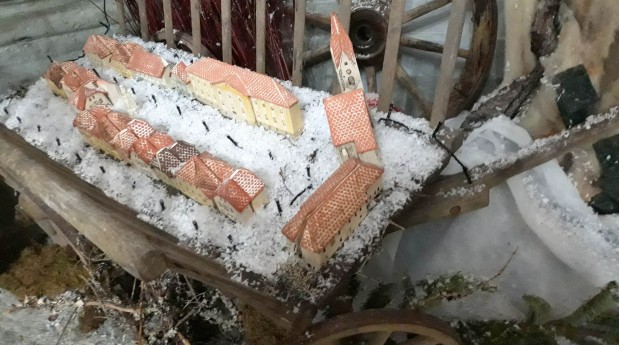 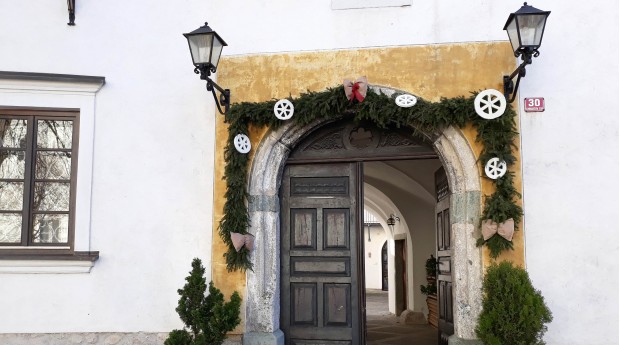 What Radovljica and the wheel have in common varies greatly according to who you ask. Some are of the opinion that in the past, based on the town's former German name Radmansdorf, there were a lot of wheelwrights. The German word Rad means 'wheel'. We can't, however, actually confirm this theory. The wheelwright trade operated in the past in the area of the present-day Radovljica, however, according to historical sources, it was no more widespread than other trades of that time.

According to another theory about the origin of the town's name, the word Rad, or rather Rado, is connected to the first inhabitants of Radovljica. In the 12th or 13th centuries in the area of today's Predtrg, the Ortenburgs colonised around 10 farms from the northern part of Austrian Carinthia, their leader (the so-called 'occupier') was Rado. Such settlements were often named after their occupiers.

Regardless of the origins of the name Radovljica, or Radmansdorf, we have found a number of reasons why we feel such a special affection for the wheel, hence we decided to also include it as part of this year's festive December decorations.

These are our reasons:

These five symbolic meanings are wonderfully interwoven into this year's decoration of the old town centre. The idea, which was thought up by the manageress of the Radovljica Tourist Information Centre, Natalija Černe, was put into practice thanks to Dr. Sabina Šegular with the assistance of numerous volunteers who wove garlands, wreaths and other decorations. As in the past, this year the basis of the decorations is real greenery from surrounding forests.

The story about the wheel also features in the December adventure for children, which we have completely remodelled this year. On the adventure children can learn about the history of Radovljica and at every point along the way they find wheels of various kinds, which provide the opportunity for a playful experience beneath the festive lights.

It is our desire that our old town centre is really fairytale-like in December, we have also installed a special carriage in the town square. Its shape isn't linked to the forms of transport that Radovljica's wheelwrights used to equip with wheels in the past, however, it does add to the town's fairytale-like appearance. The carriage, which came about as a result of a suggestion, was forged by Štefan Pintar, a blacksmith from Kropa's blacksmith school, whilst Jonas Sotler is responsible for its illumination. We invite you to come and see it and, on the wings of imagination, take a journey over fairytale Radovljica. 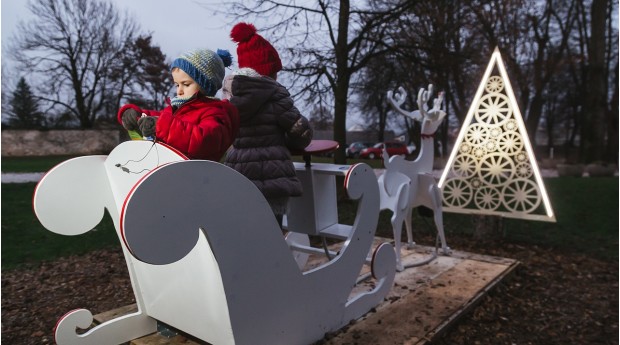 This year new tasks await you along the way to the postbox. You will switch on the lights on a really special Christmas tree and take ride in a fairytale carriage on the wings of your imagination! 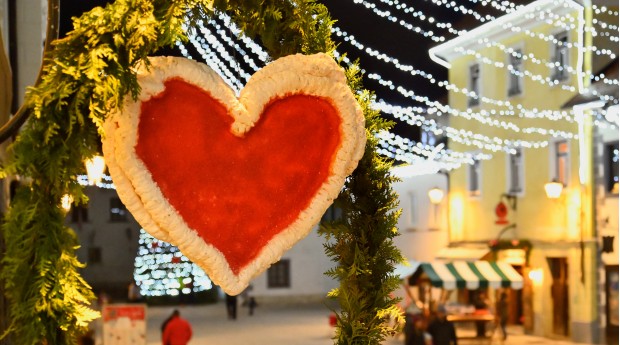 In Radovljica, we don't count lights, but hearts instead!

In December Radovljica doesn't change into an illuminated galaxy and nor does it abound with kilometres of lights. Instead it boasts unique natural and handmade decorations made out of greenery, red hearts and a fairytale-like Christmas tree. 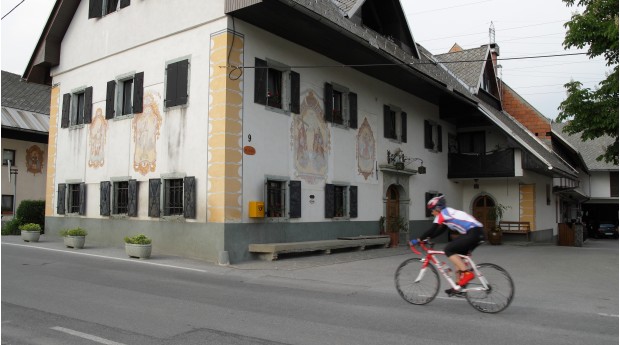 Road Cycling in Radovljica's Surroundings
By bike to Bled and beyond!

Set off on a short cycle ride through the surroundings of Radovljica or a longer cycle tour around Gorenjska.