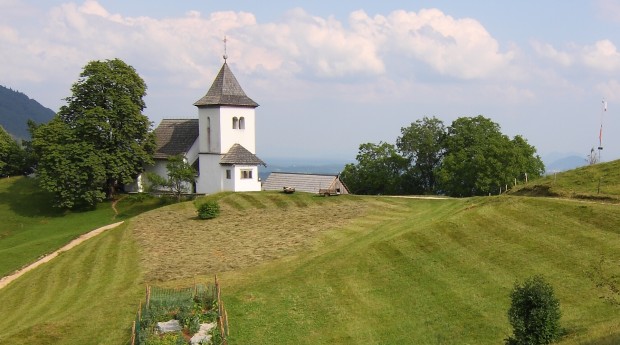 Beneath a ridge of the high Karavanke range, the grassy hilltop on which St. Peter's church stands can be seen from afar. A half-hour hike from Begunje leads to a wonderful viewpoint and one of the most interesting of Gorenjska's churches.

Due to its exceptional location on a hill, 839m above sea-level, the succursal St. Peter's church is also known as the cerkev na Gori (church on the mountain).

Today St. Peter's church is a popular hiking spot. On reaching the church you can also continue to the nearby Sankaška koča hut where panoramic views of Bled and the surroundings can be enjoyed, together with some delicious home-cooked food.

Paths lead to the top from several directions, the majority of which begin from various parts of the village of Begunje. The St. Peter's Trail theme path begins in front of the Begunje Tourist Information Centre.

Due to the view from the hill and the church, which was first mentioned in the 14th century, it played an important role in the time of the Turkish invasions. From here locals were alerted to danger by the lighting of a fire, and the bells were rung to drive away evil horders.

The church was an important pilgrimage site in the 17th century, a fact reflected in the three shrines that are located along the trail from the village of Poljče. The present day church dates back to the early 16th century.

The bell tower was originally a standalone structure, but it was annexed to the church during the Baroque period. Next to the church there is a sexton's house from the 17th century.

The church has a two-nave star-shaped vaulted ceiling. The interior is adorned by wonderful 16th century frescoes painted by Jernej of Loka, and represent the most extensive of his preserved works.

The frescoes in the presbytery depict scenes from the legend of St. Peter. On the walls of the triumphal arch of the nave there is a depiction of the Last Judgement, whilst the 26 scenes on the northern wall comprise one of the most comprehensive portrayals of the Passion in Slovenian medieval wall painting.

The figural keystones are also consistent with the motifs represented on the frescoes. The stone Baroque altar, dating from 1767, is complemented by wooden statues. 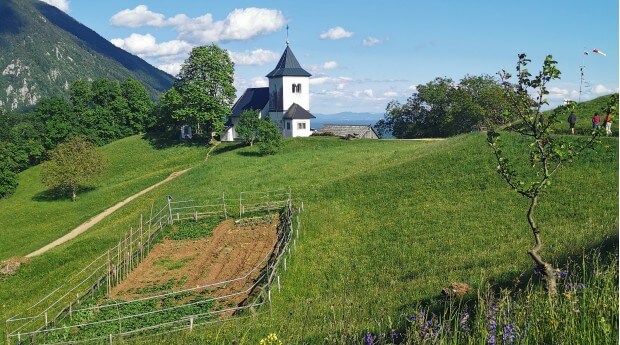 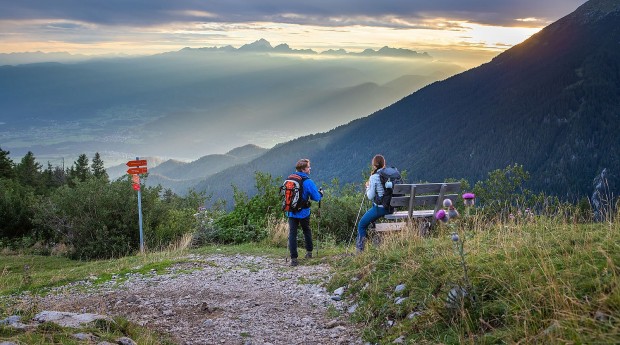 The most popular hiking trail in the Radol'ca area is undoubtedly the one that leads to the famous Roblekov dom mountain hut. In addition to 'Roblek', you can also hike to Dobrča, the Vodiška planina mountain pasture, Talež, Jamnik and on a network of other trails.