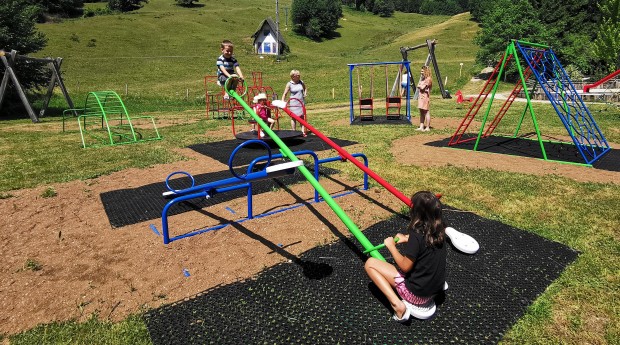 A newly renovated chidren's playground, which could also be labelled an 'outdoor museum' can be found in the Krpin valley in Begunje na Gorenjksem. 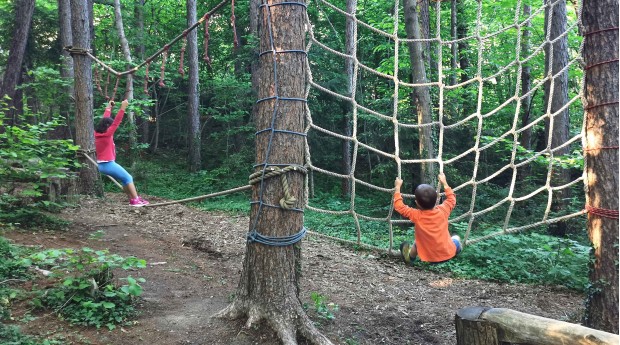 An interesting children's playground, a forest trim trail and a hiking trail to St. Peter's church – all this awaits you in the the Krpin valley, which was once home to a small ski piste,

The children's playground in Krpin, which is located at the bottom of the former ski piste, was completely renovated in 2021. All the old playground equipment that is so loved by children was preserved and renovated. Today, in Krpin, children can still climb on well-known locomotives, sit on a swing for two, and play on the merry-go-round. There is also some new equipment in the playground, and the Krpin snack bar, which is open in the afternoons, is situated next to the playground.

In close proximity, a little further up the slope, the Krpin trim trail begins and leads through the forest on the edge of the former ski piste towards the former upper drag lift station. Older children can test their balance, climbing and jumping skills on the trim trail, whilst having a lot of fun, too.

From Krpin there is a popular hiking trail up to St. Peter's church. The trail is also suitable for young hikers, and since the first part of the trail leads along the Krpin trim trail it makes getting to the top seem even quicker! For families, we also recommend a walk along the Lamberg Trail to Kamen Castle. 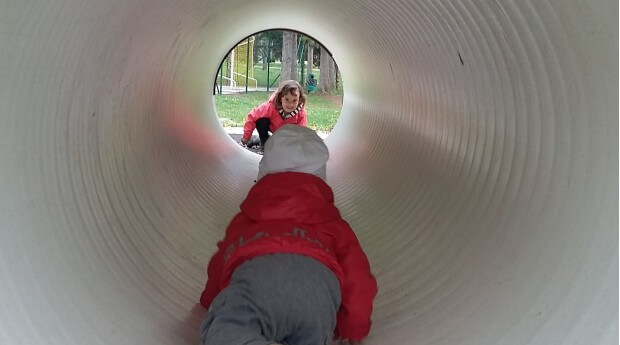 Playgrounds in the Radovljica Area
With reference chart!

Where do these kids get their energy?! When your kids need to burn off some steam, but you need a bench or coffee, check out one of these public playgrounds in and around Radovljica and Bled. Each has its own perks. 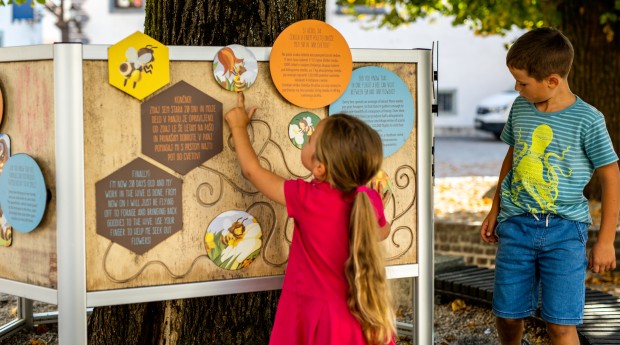