Camp Šobec is the biggest camp in the destination of Radol'ca and has now become the holder of a Green Key sustainable eco-label. The new River Camping Bled in Lesce won two awards in a competition on the avtokampi.si website, while the Šobec camp won one.

The Šobec Camp has been awarded a Green Key eco-label. The certificate ensures the highest standards of excellence in the area of environmental responsibility and sustainability in the tourist industry. This makes the Šobec Camp only the third camp in Slovenia to receive the eco-label.

According to the owners of the camp, the main reasons that guests return are due to its pristine natural features, crystal clear water, fresh alpine air and the friendliness of its employees. “We try to keep interference with nature to a minimum. We realise that pristine nature is our unique advantage. We carefully plan all new investments and renovations in which we follow the highest standards and norms of modern construction using sustainable materials and ensure a minimum impact on the spacial environment. We are committed to separating waste, we use ecological cleaning agents, and we have also installed the most modern cleaning apparatus. For every tree that falls, we give back to nature by planting two new ones,” wrote the owners of the camp in a media statement on receiving the prestigious award.

At the end of the summer tourist season the camp was deeply affected by the pandemic and, as a consequence, was full of Slovenian guests. Slovenia campers, via the website www.avtokampsi.si, chose the best camps in Slovenia and Croatia for the 2020 season. Among the large camps in Slovenia the first three places went to camps that are geographically very close. Camp Bled was in first place, while the new River Camping Bled went straight into second place and the Šobec Camp was third.

River Camping Bled, which opened in June beside the Sava Dolinka river in Lesce, also received an award for the most well arranged mobile home development. Guests are impressed by its modern mobile homes, which are produced by the Slovenian company Adria. We should add that the camp even overtook all the camps in Croatia! The development of mobile homes in the Krk Premium Camp in Croatia was awarded second place, while the Aminessa Maravea Resort in Novigrad was awarded third place.

The Municipality of Radovljica has successfully concluded its application to obtain a certificate as a 'Green Destination' and has acquired a gold 'Slovenia Green' label. 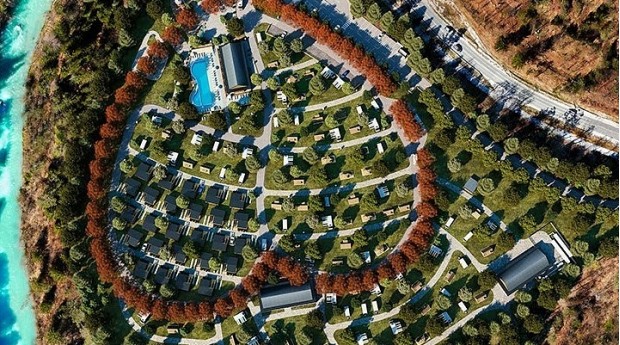 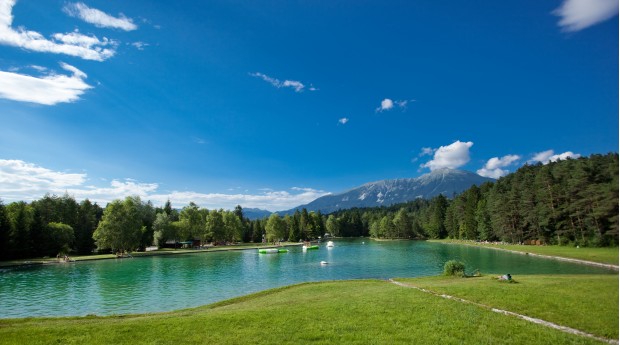 A camp on the banks of the Sava river between Bled and Lesce which offers a wonderful place in nature.