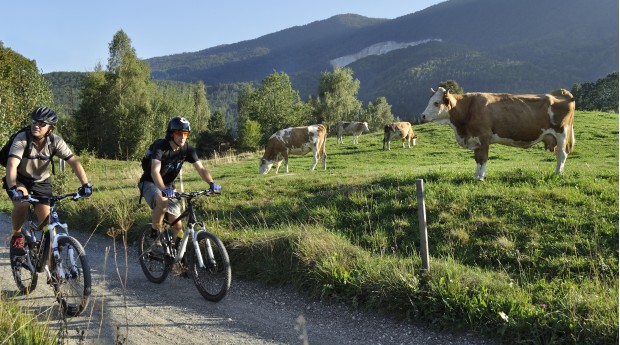 Development of the mountain biking product has been carried out by Tourism Radovljica in cooperation with other destinations in the Julian Alps. The Trans Karavanke and STKP (The Slovenian Mountain Bike Route) long-distance routes form the backbone of the MTB cycling routes in Gorenjska. They are followed by a secondary network that connects the long-distance routes, which does not go through Radovljica, with bike routes between Bohinj and the Karavanke mountains past Radovljica.

For those staying in the Radol'ca area, the most interesting routes will most likely be the network of local mountain bike circular routes. The range of circular half-day routes in the Radovljica area includes the neighbouring destinations of Bled and Žirovnica. Tourism Radovljica, together with local mountainbikers, has prepared GPS tracking for eight circular MTB routes, which will be available from mid-May onwards through the use of an international mobile app.

The routes are very varied, all of them are on public paths, local roads and macadam roads. The easiest tour – a 15km route ideal for families – runs through the Radovljica countryside. The most demanding routes lead up to mountain pastures above the village of Begunje na Gorenjskem and onto the Jelovica plateau, from where you descend to the valley, in places on a single flow trail. Of course, there is also no lack of suggested mountain bike routes towards Bled and the Završnica valley. 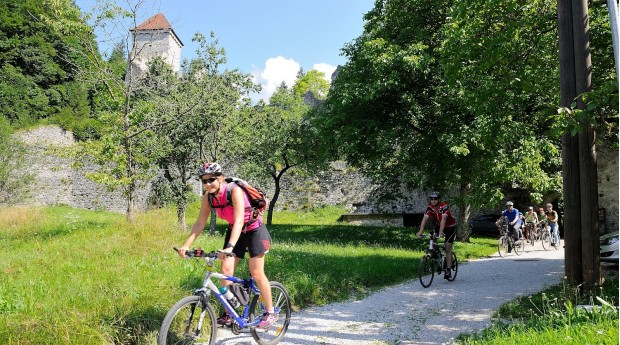 Radovljica is an excellent base from where to set off by bike to discover wonderful villages, towns and other attractions.

Take a look at our three suggestions.

Use the network of cycle signposts, maps and planners to plan your cycle tour through Radovljica and Bled.