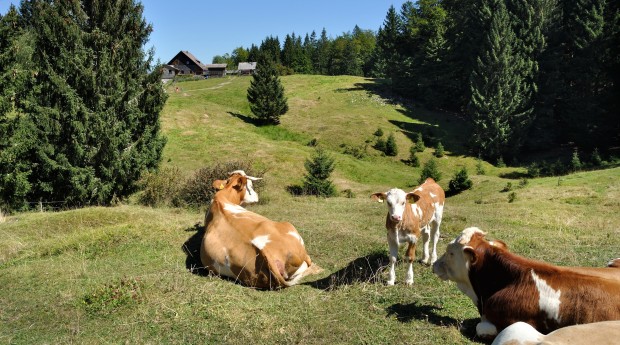 Take a hike through the extensive forest or cycle to one of the sunny mountain pastures where you can reward yourself with a homemade meal or freshly-picked forest fruits. The Jelovica plateau offers plentiful opportunities for hiking and mountain biking. The mountain pastures and huts on Talež, Goška ravan, and Vodiška planina are favourite destinations.

From Radovljica, the Jelovica plateau can be reached along the forest road from Spodnja Lipnica, whilst there are marked hiking paths from the villages of Kropa, Jamnik, Lipnica and Ribno, as well as unmarked paths leading to mountain pastures from other places. It is even possible to traverse the plateau along forest paths all the way to Bohinj and the Selca valley.

Jelovica is a high Karst plateau (1,579 metres above sea-level) which is separated from the remaining Julian Alps by the Sava Bohinjka river. The largest part of Jelovica comprises the level plateaud area, with sinkholes, between 1,000 and 1,300 metres above sea-level. It is enriched by sunny mountain pastures, which in summer provide grazing areas for cattle, and marshes where specially adapted flora and fauna thrive. Thanks to limited human influences, many animal species thrive on Jelovica. Many birds that would be threatened elsewhere have also found sanctuary on the plateau, therefore it is included in the Natura 2000 European ecological network.

Due to its rocky limestone ground, Karst phenomena have occured on the plateau, such as chasms, sinkholes, hollows, underground caves and Karst springs at its foot. Jelovica is entirely forested. In the past it was a treasure trove of wood that was used for making charcoal for the needs of foundries, and iron ore that was used by blacksmiths in the villages beneath the plateau (Kropa, Kamna Gorica and Železniki). During the times of the ironworks the original alder/beech forest was deforested and replaced by the current extensive pine forest that offers a sanctuary to many species of endangered birds. 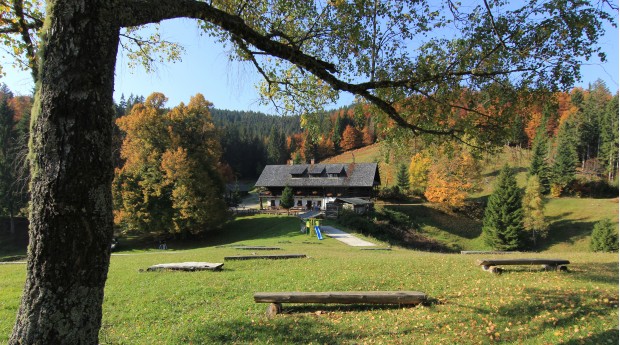 The Vodiška planina mountain pasture is surrounded by vast forests. A gravel road leads up to the pasture, ideal for mountain biking, from where it is also possible to cycle to surrounding mountain pastures and to Bohinj. 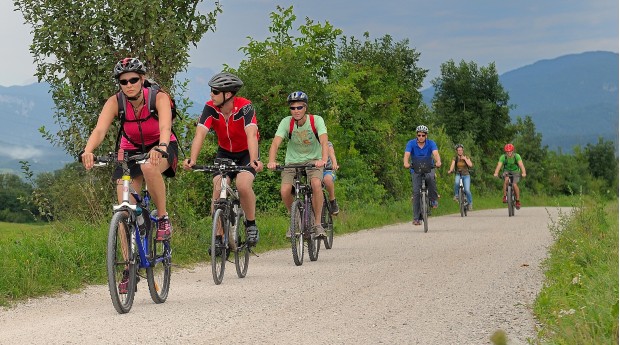 Forest trails, dirt roads and mountain pastures on the Jelovica plateau and the Karavanke mountains offer great opportunities for cycling among nature. 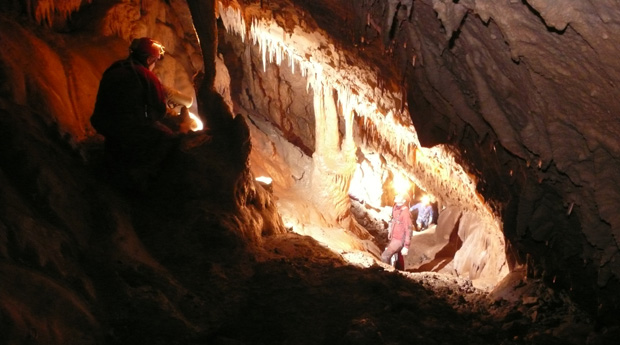 Exploring Karst caves on the Jelovica plateau accompanied by an experienced guide offers an experience full of the hidden wealths of nature.