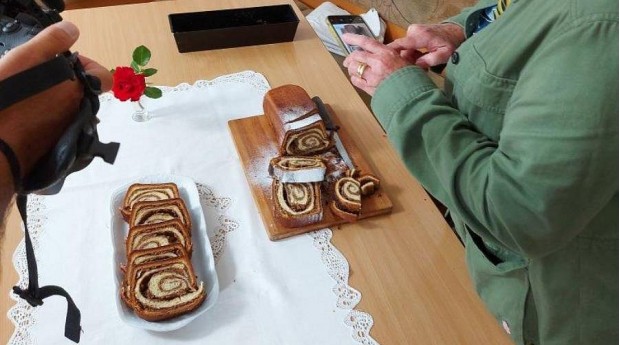 Potica from Radovljica, which has become an online and global hit this year.

Have you ever heard of the internet sensation that is Pasta Grannies, which is written by the British vlogger Vicky Bennison? This summer the team, which has over 2 million followers on social media, paid a visit to Radovljica, where they filmed how mother and daughter make potica – the sweet treat that is the queen of Slovenian holiday celebrations. 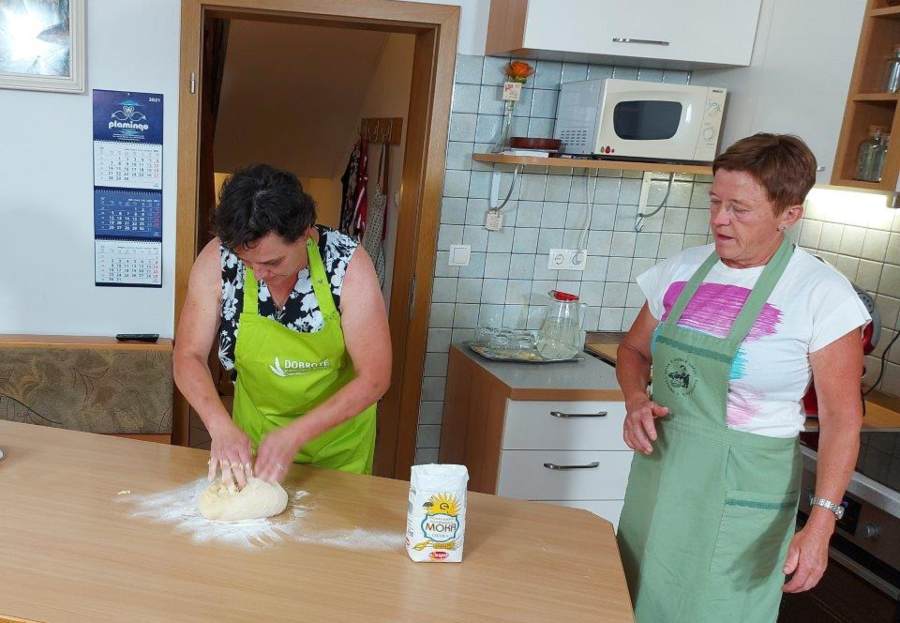 To be more precise, the Pasta Grannies team visited the hamlet of Prezrenje, which lies above the village of Podnart. The hamlet is home to the Fister family, who live at the Pr' Masniku farm. Mother Marija, who is an experienced cook and the driving force of the Association of Women from the Countryside of the Municipality of Radovljica, is joined in the farmstead by her daughter, Polona Fister Toplišek, who is a patissier by profession.

They made an excellent walnut potica and served the team with some of the other traditional foods that are found on Slovenian tables during the Easter and festive holidays. “When, in addition to potica, there are hard-boiled eggs, ham and horseradish on the table, for a second it almost seemed as if Easter and Christmas had come in mid-summer.” This is how the Kranj-based journalist Špela Ankele, who in her free time writes the culinary blog Špelina shramba (Špela's Pantry), described her visited to the hamlet of Prezrenje. 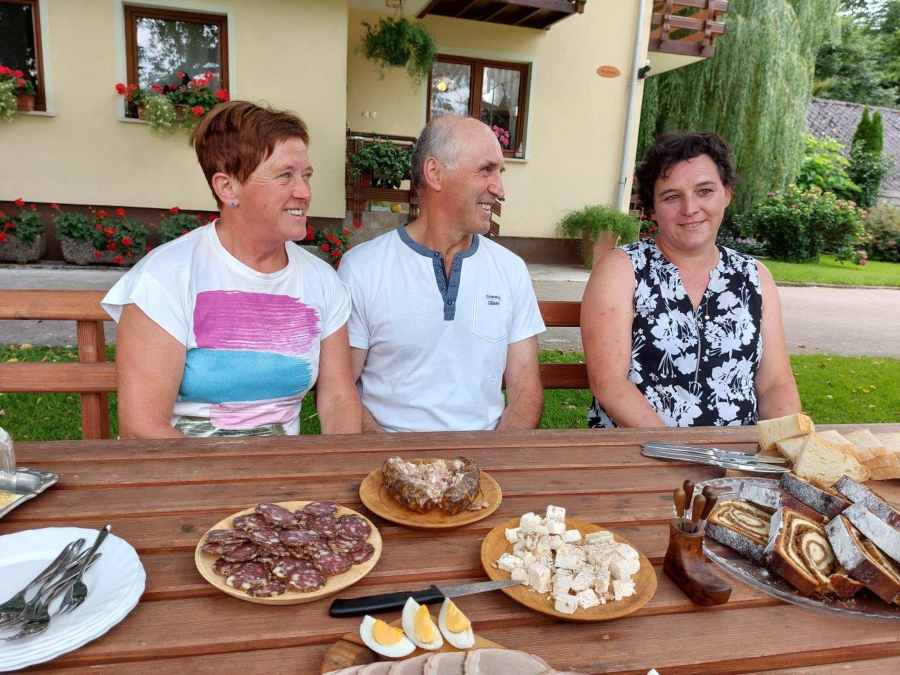 In addition to Špela, who helped find six Gorenjska grandmothers with extensive experience in preparing home-made food, the Fister family farm was also visited by the British woman Vicky Bennison (as mentioned in the introduction), who has been living between her homeland and Italy for the past few years, as well as cameramen Andrea Savorani Neri and Luis Carballo, and Livia de Giovanni, who seeks out grandmothers in Italy for Pasta Grannies. 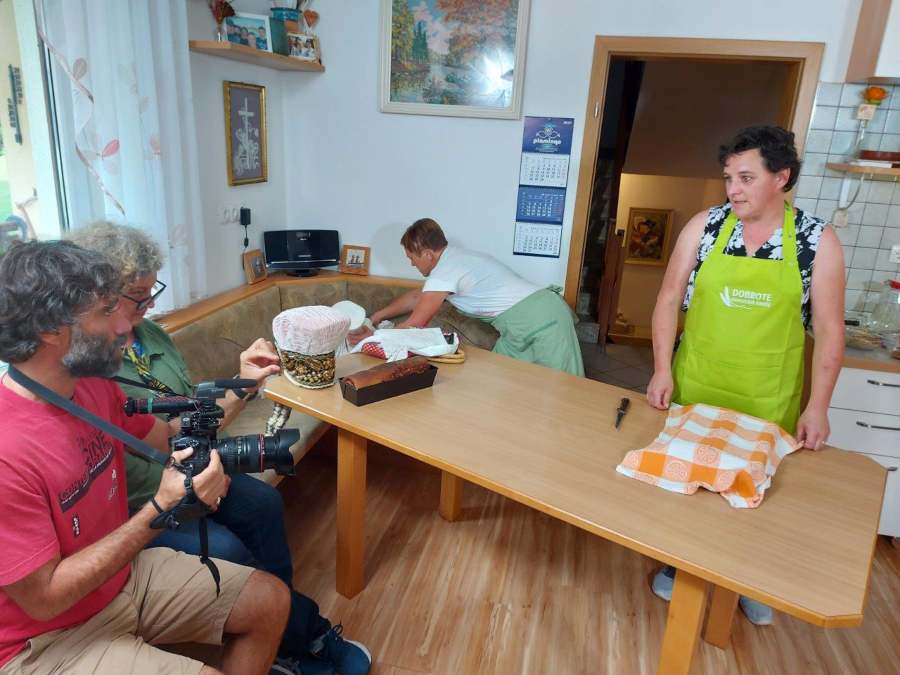 In the special, almost 30-minute episode, which you can watch here, in addition to the pair from Radovljica you can also see Gorenjska grandmothers who have cooked traditional Slovenian food – žgance (cooked and mashed buckwheat), jušne nudlčke (soup noodles), krhke flancate (krostule pastries) and štruklji (rolled and steamed dough with various fillings), as well as the local speciality Dovški krapi.

How did the British/Italian team find Marija Fister? We directed the team to her, together with the Upper Gorenjska Development Agency, which through the KUHAMDOMAče project, has been working for the past few years to ensure that excellent traditional dishes don't become a thing of the past.

And one more thing…this was the first time that the Pasta Grannies team, which for several years has been recorded in home kitchens how skillfully Italian women prepare pasta and other home-made delicacies, recorded outside Italy. They first stopped in Istria, where they filmed how Marija Pranger makes fuzi, and then extended their journey to Gorenjska, where they spent two tiring, whilst also exceptionally wonderful, days filming.