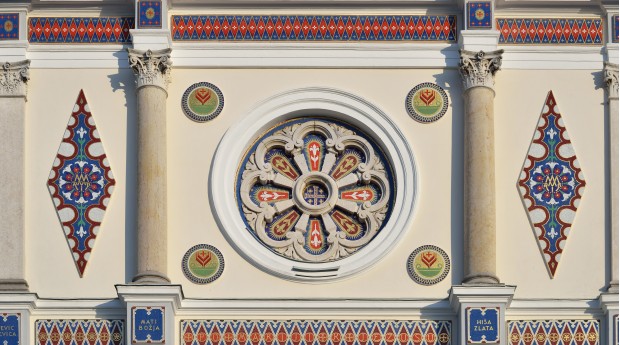 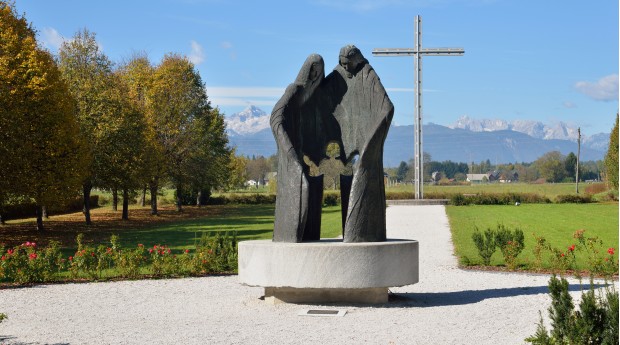 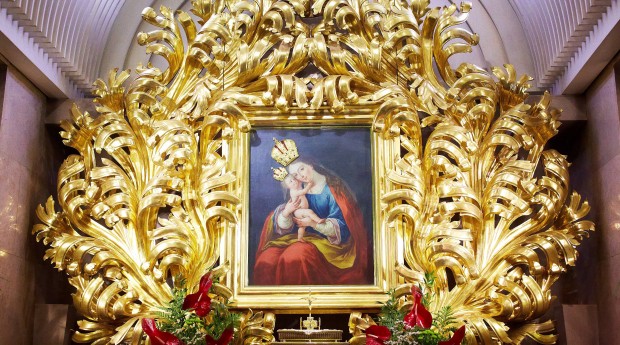 St. Vitus's church was renamed and elevated in status to the Basilica of Mary Help of Christians. The Virgin Mary is the protector of the Slovenian nation, and Brezje is the country's national sanctuary which has been attracting pilgrims since 1863.

The facade is adorned with mosaic symbols, inscriptions, rosettes and other decorative artistic features according to the plans of the architect Ivan Vurnik from Radovljica. Between two semi-circular red marble pillars there are two skillfully designed double-winged doors. On the right wing, from the bottom upwards, there are carved depictions of the prophets - Moses, David and Isaiah – who foretold of Mary's giving birth. On the left wing there are depictions of Mary's prophets: Sarah, Rachel and Judith.

The area in front of the basilica is designed according to the plans of the Jože Plečnik. In the park there is a statue of the holy family and a monument to Pope John Paul II, who declared St. Vitus's church a basilica in 1988. Next to the basilica is a Franciscan monastery, built in 1898 in which the modern Nativity Museum was opened in 2017.

In the atrium between the church and the monastery there is a shrine of St. Francis Assisi, made in the style of Slovenian mountain huts, according to the plans of the architect Ivan Vurnik. The altar painting is the work of the painter Lojze Perko. The atrium is adorned by mosaics which were made according to Vurnik's plan by nuns in Radovljica.

THE CHAPEL OF MARY HELP OF CHRISTIANS

Although the Chapel of Mary does not stand in the centre of the church, it is the centre of the Brezje sanctuary. The ceiling and the image of Mary in the wooden altar were painted in 1814 by Leopold Layer as a token of his gratitude for being saved from prison. The chapel was renovated in 1954 according to the plans of the architect Janko Omahen. The floor of the chapel is made from sanded Bosnian granite and the walls are clad with Istrian marble. The altar, which has retained its small size, is made of white Carrara marble. The gilded tabernacle features a bunch of grapes hanging from a vine, with glowing rubies representing the grapes. Above the tabernacle hangs the merciful painting Mary Help of Christians in a gilded metal frame, which is dotted with a variety of natural stones collected from all over Slovenia.

HISTORY OF THE CHURCH

In the 14th or 15th century St. Vitus's church stood on the site of today's pilgrimage church in Brezje. The Chapel of Mary was added later. Today's magnificent neo-Renaissance church, which was consecrated in 1900, is the work of the architect Robert Mikovitz from Graz, Austria.

THE INTERIOR OF THE CHURCH

The interior of the church is Renaissance. Above the main white altar there is a mosaic of St. Vitus, who remains patron of the church to this day. On the main altar and all three side altars the statues are the work of the Slovenian artists Janez Vurnik, Jože Pavlin, Ivan Grohar and Ivan Vavpotič. The large tabernacle altar is considered to be among the most beautiful of Vurnik's creations. 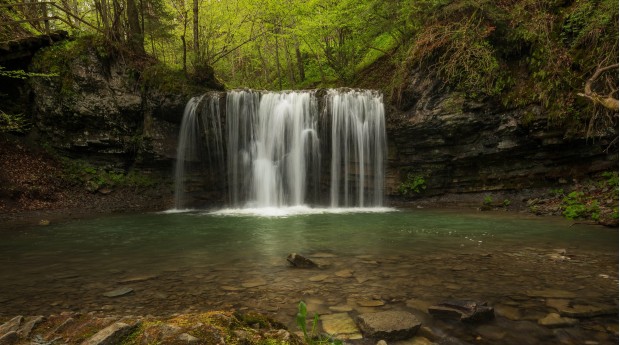 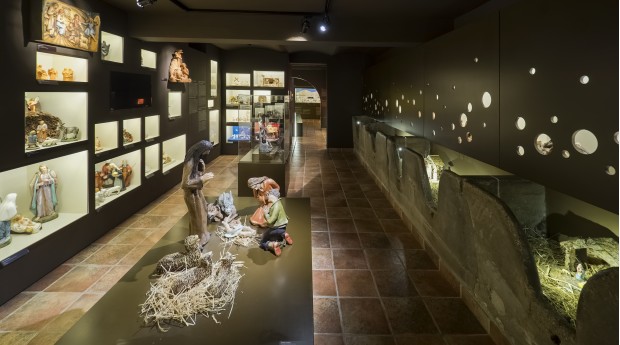 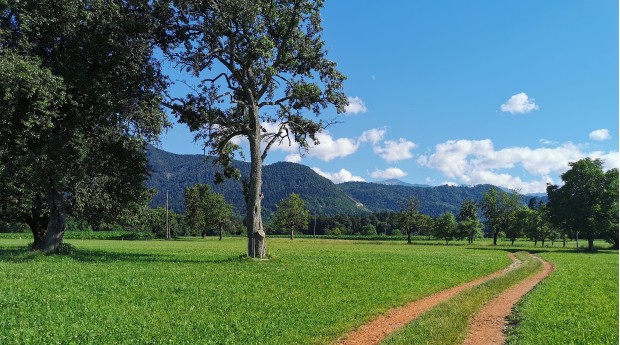 Thursday's tales from the countryside
Every Thursday in July & August

Every Thursday in July & August

Listen to tales of Slovenian countryside and visit the national shrine of Mary Help of Christians in Brezje. Explore the ruins of the mighty Kamen Castle and mysterious archaeological sights.