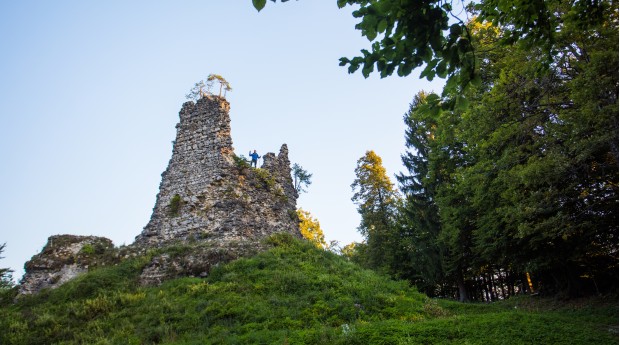 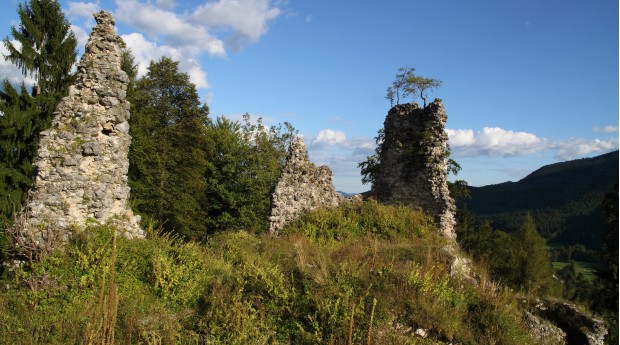 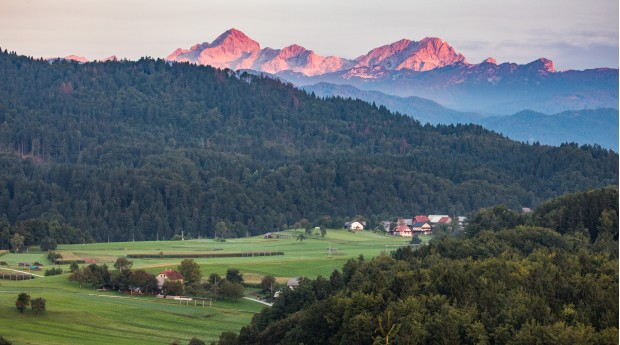 Lipnica caste (Pusti grad) lies on the edge of woodland and offers wonderful views of the surrounding green hills and further to Bled and the Julian Alps with Mt. Triglav. On the other side the views extend across the green forests of the Lipnica valley and the Jelovica plateau.

You can reach the ruins of the castle on foot or by bike from Lancovo, Zgornja Lipnica or Kamna Gorica, or via the Lipnica Castle Natural Science Trail from Radovljica.

In the first half of the 13th century the owners of Lipnica Castle were the Ortenburgs, the strongest noble family in Carniola and Carinthia. In 1256 the castle became the centre of the estate of Friderik Ortenburg, who was also the owner of Kamen Castle in Begunje and the emerging square in Radovljica. In the 14th century ownership passed into the hands of the Counts of Celje, and later the Hapsburgs, who leased their Radovljica estate to various noble families.

In 1509 the castle was badly damaged by an earthquake, later it was ravaged by fire and the tenants did not carry out any further renovations. The remains of the castle building and the surrounding walls and two defence towers, as well as the defence trench on the eastern and western sides of the castle, have been preserved.

There is a castle legend about the last Count of Ortenburg, Friderik III. His wife, Margaret Teck, was said to have poisoned her husband with a poisonous apple. As a punishment the spiteful countess was changed into an abominable snake with a gold crown on its head, which is said to still slither through the castle today. However, the historical truth of the legend contradicts this, since Margaret Teck died before her husband in 1408.

Another local legend tells of a secret tunnel that is said to connect Lipnica Castle and Radovljica beneath the Sava river, however, archeological research has been unable to confirm these claims.